We have had an approach from Barry James, the leader of Cannock Chase U3A Science & Technology group in the West Midlands region. He is proposing a Robot Constructor’s Challenge, open to any U3A team who would like to construct a moving robot type device; he says that this would be interesting to technology or construction groups who may like to do something practical, and then come together to see how their constructions compete against each other. He has the support of the National and Midland Regional U3A in this venture.

Are there any mechanical or electrical constructors in our U3A who’d like to build a robot capable of moving and being controlled? You may have heard of “Raspberry Pi”, “Arduino” or “Picaxe”, which are all programmable devices, and will aid the use of sensors on robot devices so the challenge will clearly be of interest to coding creators too. If successful the robot would be demonstrated and compete with those of other U3As, undertaking some simple challenges at Aston University in Birmingham where the U3A Science Network is holding its annual meeting in August 2019. It is also hoped that a visit to the School of Engineering & Applied Science Robotics department will be included.

We have some limited expertise in our U3A in this area and if there was sufficient interest we could take part in this activity. We are just looking for expressions of interest at the moment. If you want to learn more please contact Jack Brettle at brettlej@gmail.com for more background information 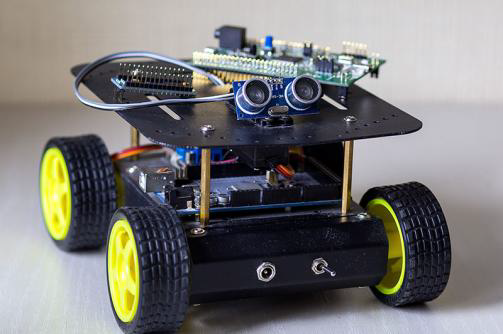