We are a very active, happy and friendly group and welcome new members, not only actors and singers, but also back-stage people who can sew, paint, or are handy with a hammer.

The Drama Group meets at the above location and times.

We normally present two productions a year usually with a one-act play in the first half and a variety of entertainment in the second half although we now include Murder Mysteries and full length plays from time to time.

We’re delighted to tell you that we now have new dates for “Death By “Paintbrush” – 26th and 27th November at Aughton Village Hall.

All tickets have now been sold but if you would like to add your name to the waiting list for cancellations please get in touch with Megan and John Tomlinson on 01695 578207.

We are really disappointed that our planned production for April 2020 – “Death By Paintbrush” has had to be rescheduled.

We still don’t have a definite date when this will go ahead but as soon as we have more information we will let everyone know.

All April 2020 tickets will still be valid for the later performance and anyone unable to attend will be entitled to a refund.

See Posts below for some write-ups.

Our next production “Death by Paintbrush” will be on Friday 24th and Saturday 25th April at Aughton Village Hall.  Curtain up at 7.30.

The play is set in the 1920’s so please feel free to come dressed in the style of the time.

Tickets will go on sale on Thursday 5th March..

We look forward to seeing you.

Here we are at the end of our dress rehearsal for “Christmas Pudding”.  We hope you came along and enjoyed the “live”performance.

No time to let the grass grow – we are now in rehearsal for our next performance “Death By Paintbrush”, a whodunnit set in the 1920’s

Looking forward to seeing you on 24th or 25th April at Aughton Village Hall, ready to do some sleuthing.

Dates for your diaries – 29th and 30th November.

Come along and “taste” our recipe for A Christmas Pudding.

Don’t forget to bring your own drinks and glasses to celebrate the festive proceedings.

We look forward to seeing you.

If you wish you can pre book tickets by contacting Megan or Jackie on the numbers on the flyer above.

Tickets for Saturday 13th April are now sold out but some tickets for Friday 12th are still available.

It’s been a busy time for our group recently.

In October we had our Autumn Shows and in November we performed a medley of sketches, poems and songs at the Sunday Social.

We are now rehearsing for our Spring Show – “Two Weddings and a Confereence” which will be at Aughton Village Hall as usual and a supper will be included. So the dates for your diaries for next spring are:

Tickets cost £12, including the buffet supper.  We look forward to seeing you.

In October at Aughton Village Hall we performed “Slim Chance” a one act play about a failing slimming club.  Anyone who has ever joined a slimming club would recognise some of the characters! This was followed by “Commemorate and Celebrate” when we paid tribute to the various historic events of 100 years ago and the period which followed.

Here are some photos of the revue:

Thank you to everyone who came to see “A Fate Worse Than Death”.  We hope you enjoyed your evening. Here are a few reminders.

Our next production will be on Friday 26th and Saturday 27th October at Aughton Village Hall and we look forward to seeing you then.

Last Updated - Friday, August 24, 2018
Last year the Drama Group were asked for volunteers to take part in a short film being made by Edge Hill University students.  The film, “Take Care” is now available to view on youtube and stars Jackie Roscoe and Maureen Bridge. Congratulations to both of them.
https://www.youtube.com/watch?v=H3ZTnyV6ghE
Last Updated - Sunday, February 25, 2018

In January 2018 we were invited to entertain the Sunday Social Group with “Radio Aughton – Live (well almost)”, so thank you very much to Val Bullen and her team for inviting us. We had a great afternoon.

We had a great time at the Summer Social on 2nd July.  After a splendid afternoon tea we performed “On Parade” a sketch by one of our group, Ken Skimming.

We were delighted to be invited by the U3A choir to perform at their “Summer Serenade” on 11th June at Aughton Village Hall.

We presented 2 sketches by Kerry Rooney – “Lost at Sea” and “Everything in Moderation” and a monologue written by Steve Morris, Northern Bye Bye Blues”.

The audience were very appreciative and we all enjoyed the evening.

As a change from our usual format we presented a Murder Mystery Night at Aughton Village Hall in November 2014.  Thank you to everyone supporting this event. Here is a photo of the cast in rehearsal.

Did you spot the murderer?

We presented the World Premier of “In the Mood”, a one act play by Frank Gibbons who attended the Saturday show.  The play was followed by “A Continental Journey”, a variety of music, comedy, sketches and dance.

Some pictures of previous perfomances

‘Camp Confidence’ which was produced in May 2011

Last year five of our members attended the first session of a pilot scheme called “Acting Up”.  This was run by Kaleidoscope, a Northern Ireland professional theatre company and was held at the Royal Exchange Theatre Manchester.  Representatives of several other U3A Drama or Play Reading groups from the North West region also attended. END_OF_DOCUMENT_TOKEN_TO_BE_REPLACED

It was ‘all aboard’ the S S Persephone when the Drama Group presented ‘The Persephone Affair’ – a murder mystery – in Aughton Village Hall, which was attended on Saturday evening by the play’s author Kevin Green.

The Hall was transformed for the evening into the liner’s first class lounge thus ensuring that the audience felt part of the plot. END_OF_DOCUMENT_TOKEN_TO_BE_REPLACED 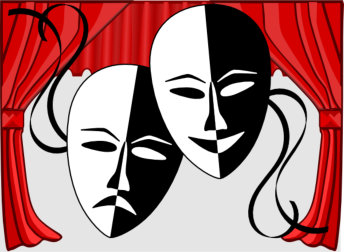