Why not come along and spend a pleasant Monday morning with the Film Appreciation Group. You will be very welcome!

The Film Appreciation Group are hoping to recommence meetings on Monday 25th October!

There will be a short discussion after each film for those who wish to stay. Come along and sample our new, improved sound system. When available on the DVD, we will add the subtitles option to assist those with hearing problems/hearing aids.  You will be very welcome.

In 1948 Frank and April meet, marry and have children. They are both unfulfilled in their lives and seeking to gain some meaning from their dull existence in a middle class area of suburban Connecticut. They decide to sell up and go to Paris to find themselves. But will it work? It stars Leonardo Di Caprio and Kate Winslet.

An astronaut crew crash lands on a strange planet in the distant future. Although the planet appears desolate at first, the surviving crew members stumble upon a society in which apes have evolved into creatures with human-like intelligence and speech. The apes have assumed the role of the dominant species and humans are mute creatures wearing animal skins. Starring Charlton Heston, Roddy McDowell and Kim Hunter.

No meeting in December.

After years of no contact with his Uncle Henry, London banker and bond trader Max Skinner learns that Henry has died intestate, so Max inherits a château and vineyard in Provence. The film is loosely based on the 2004 novel of the same name by British author Peter Mayle and stars Russell Crowe, Marion Cotillard and Albert Finney.

Based on a true story of a group of middle-aged Yorkshire women who produced a nude calendar to raise money for Leukaemia Research under the auspices of the Women’s Institute in April 1999 after the cancer death of the husband of one of their members. Starring Helen Mirren, Julie Walters, Celia Imrie and Annette Crosbie.

From the heights of notoriety to the depths of depravity, John Forbes Nash, Jr. experienced it all. A mathematical genius, he made an astonishing discovery early in his career and stood on the brink of international acclaim. But the handsome and arrogant Nash soon found himself on a painful and harrowing journey of self-discovery. Starring Russell Crowe, Jennifer Connelly,  Ed Harris. 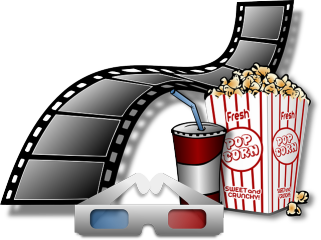